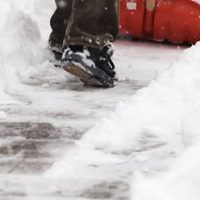 In the slip and fall case of Papadopoulos v. Target Corporation, 457 Mass. 368 (2010), the highest court in Massachusetts drastically changed the law with regard to liability resulting from the hazards created by snow and ice. Prior to the change the law stated that if someone slipped and fell on a natural accumulation of snow or ice then there was no liability on the part of the person who owned or controlled the land.

The law imposed responsibility only where the snow and ice that created the hazard was an unnatural accumulation caused by an artificial source, such as a downspout, gutter or roof, or where a natural accumulation became unnatural as a result of human disturbance, such as foot traffic. The reason for the distinction was that an owner could control artificial and manmade sources, but was not responsible for snow fall and ice that formed naturally due to weather conditions and the harsh New England winter.

In Papadopoulos the court brought the law regarding snow and ice into line with the standard of proof in other slip and fall cases that imposed liability where the person responsible for the property knew or should have known that a hazard existed and failed to take measures to make the property reasonably safe for lawful visitors or occupiers. In deciding to do away with the distinction between natural and unnatural accumulations of snow and ice, the court reasoned that the law did not grant similar exemptions to other naturally occurring phenomenon, such as fallen tree limbs, and allowed persons to evade responsibility where they were aware of a hazardous condition on their property caused by naturally occurring snow and ice and failed to remedy the condition.

The court also noted that the law of negligence would now be more consistent and treat all hazards the same such that land owners would be on notice of what is expected of them and the law more justly applied to those injured. In Papadopoulos the court also stated that the change in the law applied retroactively so that those injured by falls on snow and ice within the three years before the decision would also have the benefit of the change in the law.

As a result of this case, property owners should be more vigilant this winter in keeping access to their property clear of snow and ice from whatever source. Also, those injured as a result of unsafe conditions resulting from snow and ice will find the road to compensation has at least one less obstacle. 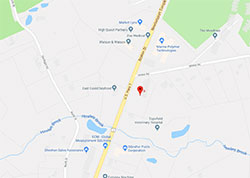